In Force Field, a small animated figure is projected onto a wall at the back of the room surrounded by birds that are projected onto individual plexiglas screens located on stands throughout the space. The screens are reflective and the birds, now ghostlike, are projected back onto the walls behind the viewer where they hover, no longer rooted to the ground. The stands enclose the figure, creating a barrier the audience must move through and around. As this happens, the viewer inadvertently assumes the position of the figure and seeing the reflection of the birds on the wall realizes that they are also surrounded. The animation in Force Field is intentionally coarse and the movement stilted, referencing early motion photography / cinema. Both the birds and the figure are constantly moving in place but unable to progress, thereby caught in a perpetual moment of anticipation. The barrier of the stands suggests both protection and containment, while the movement of the birds suggests a possibility of exposure or escape. 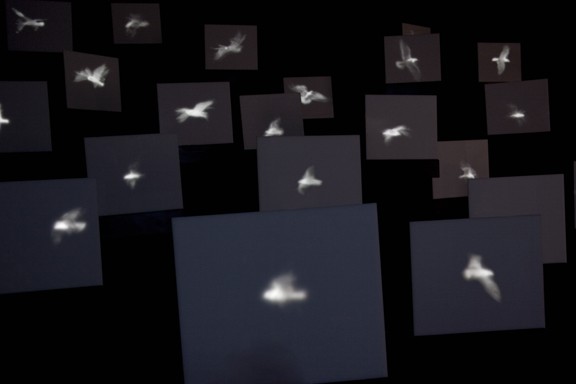 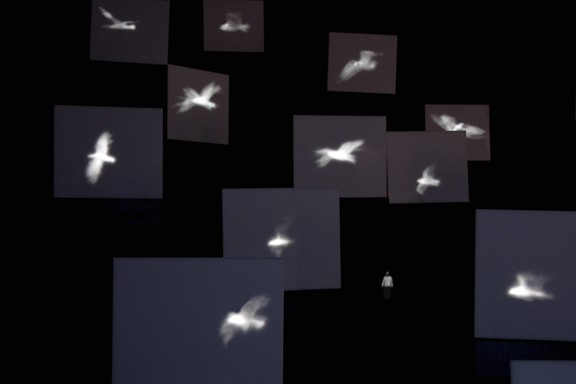 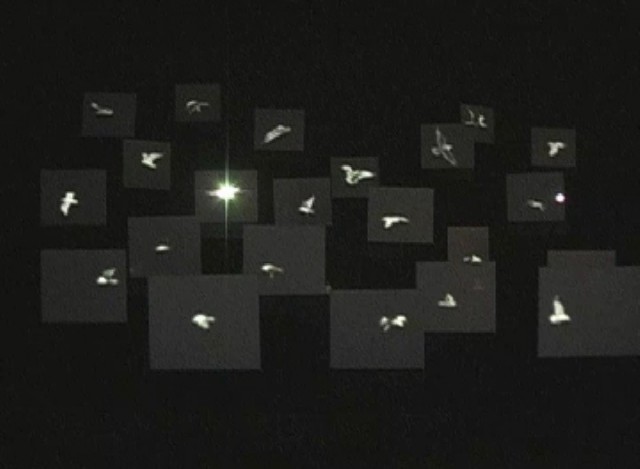